There is no question today's most effective General Counsel/Chief Legal Officer is thinking strategically about how she and her team meet the growing demands of their fast-moving businesses. Whatever the industry, Boards, and CEOs are increasingly sophisticated consumers of legal advice. They demand business-savvy legal solutions to an increasing array of matters - from the most complex, sophisticated transactions to the most mundane, routine issues. Engaged in-house counsel

With 2017 in the rear view mirror, we are anxious to dive into the new year. But before we do, we’re taking a look back at an extraordinary year in law practice marked by plenty of anxiety-inducing change, an avalanche of data and a corresponding rise in risks of data breaches/cyber attacks, and a bit of professional uncertainty for attorneys at every experience level and across virtually every practice area. Whether you spent the year grinding away in private practice, or ra 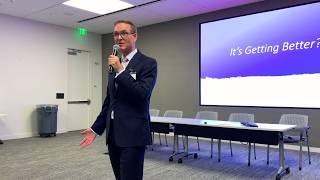